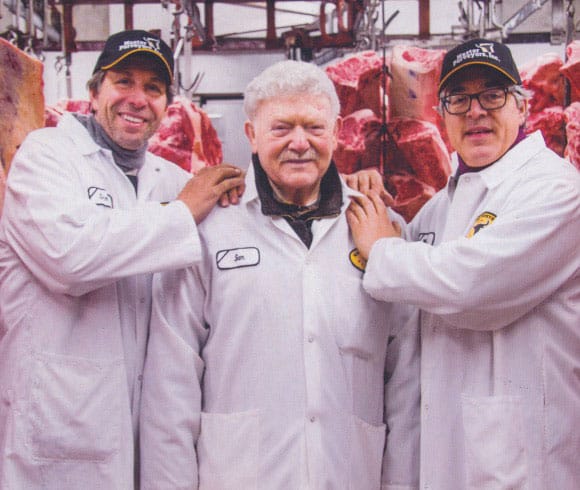 As  he approaches his 89th birthday, and looks back on his life, Sam Solasz has much to be thankful for.

That may sound odd, speaking of a Holocaust survivor who can still see– behind his eyelids in the dead of night –the countless, unending, unspeakable atrocities he personally experienced–along with the loss of his parents, his  11 brothers and sisters, most of the people he grew up with in his town of Knyszn  (Kin-uh-shin) and most of the people  who were likewise imprisoned behind high barbed-wire fences in the once glorious, robust and largely Jewish city of Bialystok, Poland.

Yes, his past was painful beyond measure–which is why has hesitated to tell his story until now.  Now, thankfully, he has  given us his memoir,  Angel of the Ghetto.   He has done this because as he approaches a milestone birthday–in another year (on May 5, 2018) he will be 90–he  has recognized  that if we truly want it to be “Never Forget” and “Never Again,” stories such as his must be told while they can be–or be lost forever.

Sam is the brave 15 year old boy who helped save many of his fellow prisoners in the Bialystok as the Malek  or “angel ” of the ghetto.  He did this as a secret courier, taking out anything worth trading and bringing back in food, medicines and other necessities.  He helped smuggle in guns, grenades and other weapons for  the brave men and women who sacrificed their lives in the Bialystok Uprising,  This  is the same 15 year old who jumped from the Treblinka death train–having the foresight and courage to save himself from the fate that had already taken the lives of his entire family.

Sam is also the young man who spent years in a DP camp, and who fought for the new state of Israel as part of her first official army.  He is the same young man who, at age 22, came to New York with $10.00 in pocket –money he earned cutting meat on the U.S,-bound  ship, the General Taylor. He is the man of steely  determination who went on to build an almost $100 million empire, Master Purveyors.  He is the scion of a tight-knit  and loving family, the  sons and daughter, Scott, Mark and Diane, and now their extended families,  that he build with his beloved wife  Rose–whom he met, incidentally, at an indoor ice-skating rink.  Rose saw the man Sam was, and looked past his initial limited ability to speak English–even though he was fluent in about 8 other languages!

Their love has spanned decades, and today Sam and Rose are highly regarded and generous  philanthropists who have given back to Israel,  paid for monuments to commemorate the dead in Sam’s native Poland, and continue to extend a helping hand to Jews worldwide.  Sam, but the way, still works 18 hour days, 6 days a week, and has no plans to ever retire!

Sam’s story is one of courage and survival, yes.  His success in his adopted country is something else:  it is a shining example of the strength of the human spirit and greatest argument for why this country must continue to welcome legal immigrants–those who, like Sam, went through the necessary processes and were vetted–those are the immigrants who we should welcome with open arms.  This country was Sam’s refuge.  He has given so much back, as do his children and grandchildren.

And lastly–far from least–Sam’s story is a wakeup call–to Jews, and to everyone with a conscience. Sam’s life story, so honestly and bravely told, shines a searing beam of light on what evils some humans can perpetrate on others.  It is a set of inhuman circumstances for which there can be no reasons nor excuses. What happened to Sam–and millions of others who are no longer here to tell their stories– simply cannot be allowed to happen. Not now.  Not ever again.