A History of Bialystok, Poland
First accounts of Jewish settlement in Bialystok date from 1658 to 1661. In 1692 there was a branch of the kahal of the Tykocin community operating in Bialystok to serve the needs of local Jews. Tradition has it that the Jews came to Bialystok in 1749 by invitation from Count Branitzky, who built houses and stores for them as well as a wooden synagogue. …read the full article at bialystoker.org 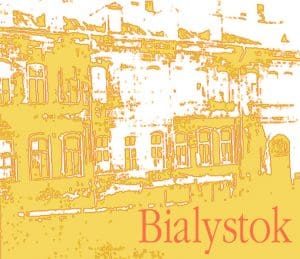 Soviet and German Occupation of Bialystok
According to the terms of the German-Soviet Pact of 1939, Bialystok, a city in northeastern Poland, was assigned to the Soviet zone of occupation. Soviet forces entered Bialystok in September 1939, and held it until the German army occupied the city in June 1941 following the German invasion of the Soviet Union. …read the full article at ushmn.org

Conditions for the Jews in Poland during World War Two
Before World War Two three million, three hundred thousand Jewish people lived in Poland, ten percent of the general population of thirty-three million. Located mostly in urban areas, large Jewish communities had flourished in Poland since the Middle Ages, maintaining their own language, culture, religious and social institutions, distinct and separate from the Polish culture around them. Despite their long history on Polish soil, many Poles regarded Jews as foreigners living in their midst. …read full article at humboldt.edu

Treblinka
Operation Reinhard (also known as Aktion Reinhard) authorities chose the site for the Treblinka killing center in a sparsely populated area near the villages of Treblinka and Malkinia. Malkinia was located on the main Warsaw-Bialystok rail line, about 50 miles northeast of Warsaw, in the Generalgouvernement (that part of German-occupied Poland not directly annexed to Germany, attached to German East Prussia, or incorporated into the German-occupied Soviet Union). …read the full article at ushmm.org

The return to life in the Displaced Persons Camps, 1945-1956
After the war, the western Allies established DP camps in the Allied-occupied zones of Germany, Austria and Italy. The first inhabitants of these camps were concentration camp survivors who had been liberated by the Allies on German soil. Conditions in these camps, especially at the beginning, were very difficult. Many of the camps were former concentration camps and German army camps. Survivors found themselves still living behind barbed wire, still subsisting on inadequate amounts of food and still suffering from shortages of clothing, medicine and supplies. …read the full article at yadvashem.org

Kiev and Babi Yar
Kiev was the capital of the Soviet Ukraine when the Germans invaded the Soviet Union in June 1941. Some 160,000 Jews resided in Kiev, comprising about 20 percent of the city’s population. Approximately 100,000 Jews fled Kiev in advance of the German occupation. German forces entered Kiev on September 19, 1941. Along with the rest of the Ukraine, the city was incorporated into the Reichskommissariat Ukraine, headed by East Prussian Nazi district leader Erich Koch. During the first days of the German occupation, two major explosions, apparently set off by Soviet military engineers, destroyed the German headquarters and part of the city center …read the full article at ushmm.org

Victory in Europe
On this day in 1945, both Great Britain and the United States celebrate Victory in Europe Day. Cities in both nations, as well as formerly occupied cities in Western Europe, put out flags and banners, rejoicing in the defeat of the Nazi war machine.The eighth of May spelled the day when German troops throughout Europe finally laid down their arms: In Prague, Germans surrendered to their Soviet antagonists, after the latter had lost more than 8,000 soldiers, and the Germans considerably more; in Copenhagen and Oslo; at Karlshorst, near Berlin; in northern Latvia; on the Channel Island of Sark—the German surrender was realized in a final cease-fire. More surrender documents were signed in Berlin and in eastern Germany. …read the full article at history.com

German camps in occupied Poland during World War II
The German camps in occupied Poland during World War II were built by the Nazis between 1939 and 1945 across the entire territory of the Polish Republic, both in the areas annexed in 1939, and in the General Government formed by Nazi Germany in the central part of the country (see map). After the 1941 German attack on the Soviet positions in eastern Poland, a much greater system of camps was established, including the world’s only industrial extermination camps constructed for the specific purpose of carrying out the Final Solution to the Jewish Question. …read the full article at wikipedia.com

Rising Anti-Semitism in Europe: History Repeating Once Again
The anti-Semitism news from Europe in over the past year has been terrible: Jews murdered in Paris and Copenhagen, synagogues attacked by mobs and firebombed, and increasing Jewish emigration attributed to fear of more attacks. …read the full article at huffingtonpost.com

Anti-Semitism rising in ’Alt-Right’ era, new study shows
It is nothing new for reporters with social media accounts to receive pro-Hitler memes and swastikas in 2017. After all, far-right conspiracies claim Jews control the media. White men who are part of the so-called alt-right also claim to reporters that real-life Nazi-occupation survivor George Soros, the Jewish philanthropist, is somehow manipulating an anti-white agenda behind closed doors. …read the full article at newsweek.com

Anti-Semitism’s Rise Gives The Forward New Resolve
The Forward has chronicled the experiences of Jews in the United States for 120 years. Initially published as a Yiddish-language lifeline for those who fled hatred and strife in Europe, in recent years it had to work harder to stay relevant to a community now largely assimilated, finding new stories to tell about transgender rabbis, the challenges of interfaith marriage and even the “secret Jewish history of The Who.” …read the full article at nytimes.com

Is anti-Semitism truly on the rise in the U.S.? It’s not so clear.
It’s been a bad 2017 for Jews. During the month of January, 48 bomb threats were called in to Jewish community centers across the country. Also last month, a neo-Nazi made national news by promising to hold a march in Whitefish, Mont., to intimidate the town’s small Jewish population. …read the full article at washingtonpost.com

There Are Just 100,000 Holocaust Survivors Alive Today
Auschwitz survivor Elie Wiesel brought voice to the millions of people silenced in the Holocaust and served as an advocate for peace to make sure the horrors of the past did not repeat itself before he died Saturday at 87. …read the full article at time.com

Why the Charlottesville Marchers Were Obsessed With Jews
The “Unite the Right” rally in Charlottesville was ostensibly about protecting a statue of Robert E. Lee. It was about asserting the legitimacy of “white culture” and white supremacy, and defending the legacy of the Confederacy. So why did the demonstrators chant anti-Semitic lines like “Jews will not replace us”? …read the full article at theatlantic.com

Neo-Nazis, anti-Semitism and the cycle of hatred in America
I fully expected the recent white supremacist rally in Charlottesville, Va., to turn into a hate-filled demonstration against African-Americans. What caught me by surprise, though, was the venomous attack on Jews. Please allow me to speak candidly about my embarrassing miscalculation of the depth of anti-Semitism that exists today. …read the full article at chicagotribune.com

After all the survivors have died, the Holocaust will seem as dry and dusty as the Civil War
Years ago in Berlin, I met a Jewish woman with four fingers on one hand. She held up the appendage, her finger not exactly missing, but torn off, just below the knuckle. The accident that maimed her saved her life, she told me. She had been a factory worker, a forced laborer in Berlin. The day the digit was mangled in 1943, she was sent to the hospital, so she was absent when her entire factory was sent to Auschwitz. She survived through luck and wits and the grace of do-gooders, especially one valiant non-Jewish woman who took her in. The survivor’s name is Hanni Levy. She was 19 when she lost that finger. She’s in her late 80s today. …read the full article at washingtonpost.com

SARA, sara  Sara Paul Holocaust Survivor –
Ernest Paul Underground Fighter
by Francine Vale
SARA, Sara is dedicated to Sara’s brothers Nuchem and Velvel, to the three little sisters of my Grandma, and to the 1,500,000 Jewish children who perished in the Shoah along with their mothers, or separated from their mothers, or right before the eyes of their mothers and other witnesses. May each of us find within ourselves the strength and dedication to help make this world safe for all children everywhere. “SARA ,sara” is dedicated to the memory of suffering children the world over whose lives have been lost and tragically continue to be lost to the brutal ravages of war. Let us remember the lessons of the Shoah and teach the lessons of the Shoah wherever we go: Be kind to one another, do no harm to one another, and make of this world a place where all may walk in love and in peace.

IngeAuerbacher.com
Inge Auerbacher was the last Jewish child born in Kippenheim, a village in South-Western Germany located at the foot of the Black Forest, close to the borders of France and Switzerland. She was just three years old on Kristallnacht (Night of Broken Glass). Read her show story here.

Little Miracles by Abraham Bichler
The story of an aspect of the Holocaust often overlooked – the camps of Soviet Russia.

Coming of Age in the Holocaust
Twelve stories of Holocaust survivors and one story of an individual who grew up in the Mandate of Palestine during the same period.

From Ashes to Life
Lucille Eichengreen survived the Lodz Ghetto, Auschwitz, Neuengamme, and Bergen-Belsen to identify and testify against her former Nazi captors.

The Holocaust Center for Humanity
The stories below are of Holocaust survivors, their families, and witnesses to genocide.

HolocaustSurvivors.org
Why have this web site? Because history is not just about events, it is about human lives.

HolocaustLearning.org
Recollections include life in the ghettos, the experience of being a slave labourer, surviving concentration camps, life in hiding